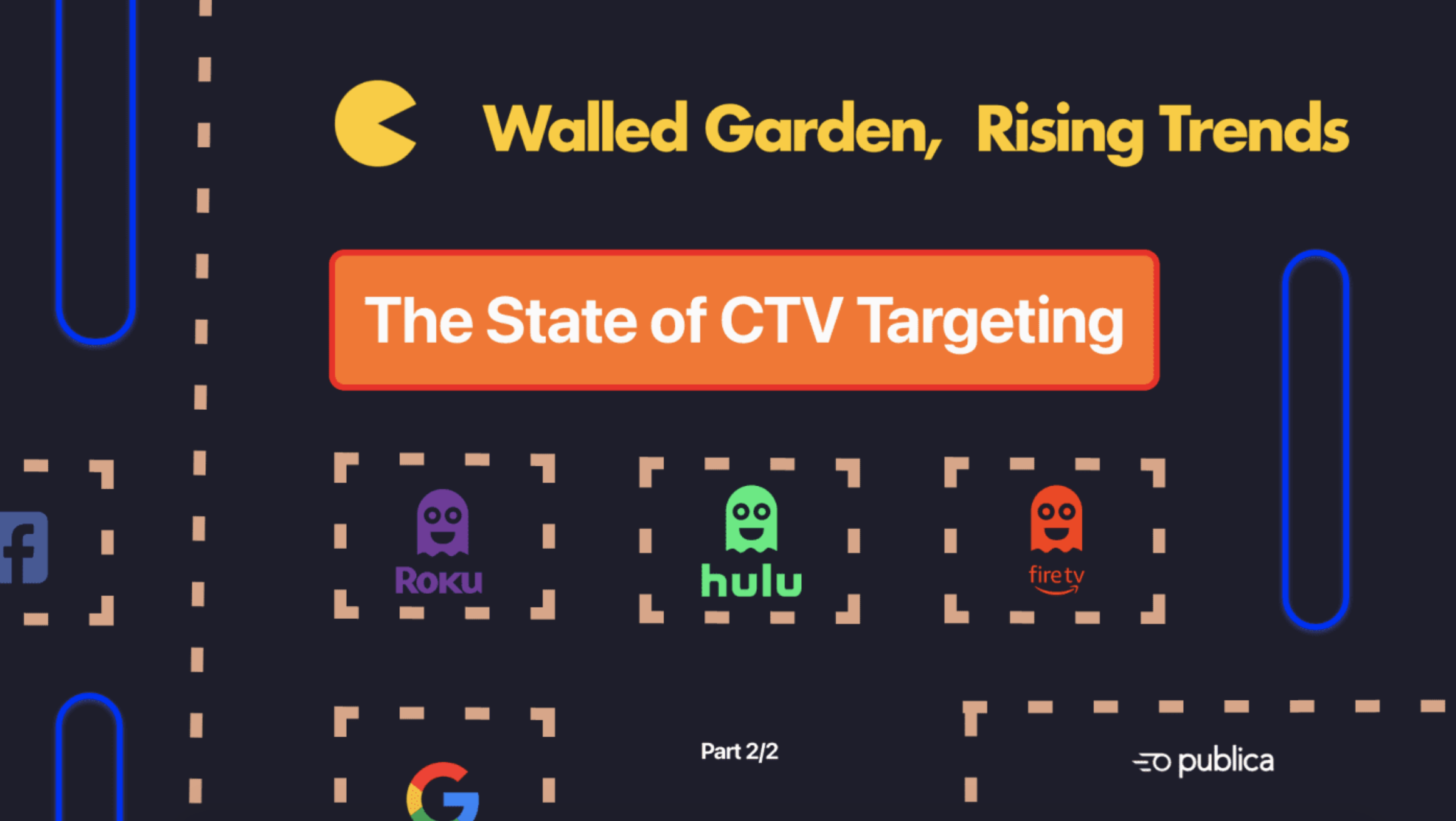 What does Walled Garden mean?

Data is the most valuable commodity in digital advertising as it can inform an advertiser if a person is likely to engage with their ad & buy their products. On the open web, the exchange of user data via cookie syncing between parties is necessary in order to show relevant ads and maximize revenue for digital publishers. Google, Facebook, and Amazon are three AdTech giants, who pocket more than half of all the digital ad spend. While Google partners up with other firms (small or large), Facebook and Amazon like to keep their walls as high as possible when it comes to data sharing.

Many leading industry commentators expect the walled gardens to build even higher walls in 2021 as 3rd party cookies are slowly deprecated by browsers & mobile Device IDs are made even harder to extract due to increasing privacy regulations.

This means the digital & CTV properties owned by the big walled gardens could in theory continue to grow their share of ad spend as they become the only inventory sources with privacy compliant & scaled deterministic first party data for advertisers to target.

Who are the top walled gardens in CTV?

The CTV ecosystem is still maturing and thus far, there are really only a handful of really scaled global players. Roku with Amazon and Samsung dominate the marketplace.

Roku captures 39% market share of CTV devices in the United States, with Amazon close behind at 30%. With Roku’s recent acquisition of dataxu and subsequent launch of OneView – and Amazon’s exclusion of OneView from its Fire TV platform – both now operate their own DSPs.

Samsung has also launched its own DSP following the acquisition of AdGear: The Samsung demand-side platform gives programmatic buyers access to exclusive CTV inventory, and offers targeted audiences and data from across 45 million households. Advertisers can manage the campaign reach and frequency of linear TV, connected TV (CTV), mobile and desktop. Buyers can use Samsung Ads proprietary data and ad units alongside third-party audiences and inventory. More information on Samsung DSP here.

It is important to note that publishers who have distribution deals with Roku, Amazon and Samsung can monetize their share of the inventory with any programmatic partner they would like so it’s not a true walled garden like Facebook or Youtube for example.

In this article on AdExchanger, Samantha Stockman from The Media Kitchen details the pros & cons of CTV walled gardens:

How are CTV advertising deals being transacted today beyond the walled gardens?

Watch this webinar to hear how platforms such as Publica & Index Exchange are supporting publishers & TV manufacturers to build & target audiences in ad supported streaming environments that remain open & interoperable.

What will viewer ‘consent’ look like then in CTV?

As we have already established, CTV publishers & TV manufacturers are not subjected to the same ID headwinds as digital publishers who operate predominantly within the closed Apple & Google ecosystems. This is why the open and interoperable CTV ecosystem is growing so quickly today.

However, CTV publishers do have to meet the same privacy requirements as digital publishers when it comes to the collection & application of their users’ data.

The IAB Trasprency & Consent Framework (TCF) has done a fantastic job of ensuring ‘Consent Management Platforms’ (or CMPs as they are more commonly referred to) have been widely adopted by digital publishers that display a notice & choice mechanism that enables them to comply with legislation such as the GDPR and still build audience targeting segments around their users who consent. However, the adoption of CMPs by streaming publishers is still nascent as many have thus far acted under ‘legitimate Interest’ when building audience segments. We are expecting CMPs to become widely adopted by AVOD Apps & smart TV manufacturers over the next 24 months as more ad budgets flow into streaming & the need for privacy complaint, audience enriched PMP’s increases from the buy side.

Audiences are migrating to ad funded streaming services quicker than ever before. The marketers who are quick to realize that CTV inventory can also support a deterministic and persistent form of identification will be well placed to engage these viewers at scale.

CTV publishers now have the tools to segment privacy compliant inventory packages and are extremely well placed post ID headwinds to capture increased budgets from DSPs looking to manage controls such as reach, frequency and attribution. Walled Gardens in CTV are not going anywhere, however, advertisers, agencies and DSPs will always require data interoperability and holistic controls. This is why the open CTV ecosystem will continue to grow In 2021!

If you would like to learn more about anything covered in part 1 or 2 of our CTV audience, data & targeting blogs please feel free to contact our team at Publica today.